Students met with Caribbean residents in Brooklyn over spring break to record their life stories as part of an engaged learning course in oral history and urban ethnography.

The four-day field trip was designed for students “to observe and conduct ethnographic research and talk to as many people as possible … so the Caribbean immigrants that remain there can see themselves reflected in representations of their community,” said Oneka LaBennett, associate professor of Africana studies.

Students were able to “see how Brooklyn is changing through gentrification … and how gentrification is affecting the Caribbean community there,” she said, particularly in Flatbush and Crown Heights. “Some once-vital immigrant businesses have shuttered because they can’t afford the increasing rent. Brooklyn is now one of the most expensive places in the U.S. to live.”

There also is an accompanying cultural displacement, she said: “Maybe you can afford to stay in the neighborhood, but you can no longer afford to go to restaurants or take part in cultural events. Our community partner is trying to address that.”

Working with the nonprofit arts and culture center CaribBEING House, the class took a walking tour of Caribbean Brooklyn with its director, Shelley Worrell.

“She pointed out storefronts that were once vital bakeries or restaurants, that were closed or had signs on their doors saying they would be closing … [and] the juxtaposition of a Caribbean eatery right next to a hip café,” LaBennett said. “Students are witnessing gentrification as it is taking place, in real time.”

“Crown Heights was just starting to experience gentrification” during her research there in the early 2000s, she said. “[The students] saw the after, and what Flatbush and Crowns Heights are like now. They’re forming a more complex picture of the community.”

Worrell said the students “were very engaged, very knowledgeable. They had done pretty in-depth research on different cultural assets and even social movements that have been happening in Flatbush and surrounding neighborhoods.”

Students at their community partner’s base, CaribBEING House at the Flatbush Caton Market in Brooklyn.

Teaching assistant Elena Guzman, a doctoral student in anthropology who lived in Flatbush from 2006 to 2008, noticed some differences there now, such as the presence of “a lot of real estate agencies. For [the residents], this signals the shift.”

The class conducted 12 hourlong oral history interviews at CaribBEING House, and students ventured on their own to meet and talk with shop owners and others.

“We endeavored to pair students with someone who shared similar interests,” LaBennett said. “If there’s a point of connection between the student and the interviewee, then there’s a basis for how their story will resonate. It was a complicated process, but each student came away from the interview just glowing from the experience.”

The interview subjects included community organizers and members of the arts and cultural community, a schoolteacher with Haitian immigrant parents, a Garifuna woman from Honduras, a Jamaican Cornell alumna and a Guyanese LGBTQ advocate.

“A core value of the class was how important oral history is in illuminating stories that are often not heard,” Guzman said. “It offers people a space to testify about their own place in history, like the record shop owner who’s been working with his wife for 20 years.”

Worrell, a half Indo-Caribbean Flatbush native born to immigrant parents, founded CaribBEING in 1999. In early 2015, CaribBEING House opened next to the Flatbush Caton Market, an area now facing redevelopment. She said in some ways Flatbush “is no longer reflective of what has been the culture of the community for decades. We want to preserve and protect the cultural integrity of the neighborhood, which is largely Caribbean … one of the largest immigrant groups in the city” and perhaps 20 percent of the population, she said.

Identifying the Flatbush area as the Little Caribbean promotes it as “a cultural asset or a cultural destination,” she said. “We’ve spent decades building a place in greater New York City – politically, culturally, economically.”

Seeing oneself as Caribbean embraces multiple national identities, Guzman said, even among those with “a strong national pride” in being Trinidadian, Jamaican, Haitian or of other origins: “There is an ever-expanding definition of the region and also in being Caribbean as well.”

The oral history project and field trip were supported by an Engaged Opportunity Grant to LaBennett from Engaged Cornell.

“These stories are often overlooked or not told, or if they are told, they are not told from an authentic place,” Worrell said. “I feel that working with Engaged Cornell and Oneka’s class really gave this community an opportunity to present their stories in a way I haven’t seen done before.”

LaBennett said the students “gained valuable skills from the experience, and the partnership with CaribBEING and with the local community represented a unique learning opportunity for them.”

The students will give a public presentation of their work May 9 at 10:10 a.m. at the Africana Studies and Research Center.

This article also appeared in the Cornell Chronicle. 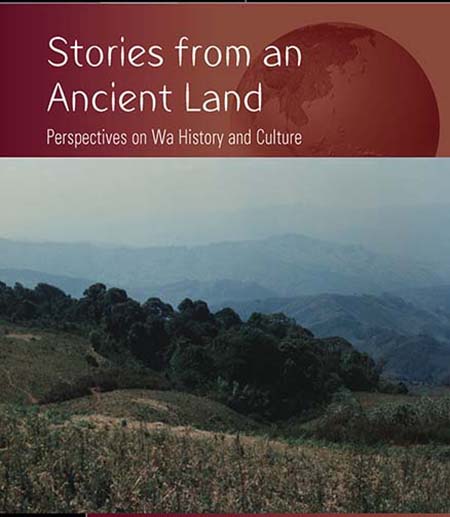