Since late 2021, Carol Anne Barsody, a master’s student in archaeology, has been working to unravel the mysterious origins of a mummified sacred ibis that has been stored at Cornell for nearly 100 years, most recently as part of the Anthropology Collections in the College of Arts and Sciences.

The mummy bird – and Barsody’s research into its historical context and extraordinary afterlife – will be on display in a new exhibition, “A Tale of Two Mummies: Multisensory Experience,” that runs Oct. 7-9, from 9 a.m. to 7 p.m., in Upson Hall’s Lounge 116.

The exhibition is both an exploration of the role of the sacred ibis in ancient Egyptian burials as well as an experiment in 21st century museum-going. Barsody has built two identical versions of the exhibition. Each will provide background information about the sacred ibis, from its popularity as a religious votive – due to its association with death and Thoth, the god of wisdom and magic – to the bird’s rediscovery through “Egyptomania,” a period of renewed interest in ancient Egypt that was sparked by Napoleon’s “savants,” the French scholars and scientists who introduced Egyptian culture to Western Europeans in the 19th century. There will also be touchable models, and field recordings of the sacred ibis from the Cornell Lab of Ornithology’s Macaulay Library.

However, there is one crucial difference between the parallel exhibits: One will feature the authentic mummy bird, and the other will have a similarly sized hologram replica that Barsody and Jack Defay ’22 created with open-source technology and smart phones.

Visitors can experience both versions and will be randomly surveyed as part of Barsody’s ongoing effort to gauge the public’s interest in the different forms that exhibitions can take, even ones that don’t include physical artifacts at all. She hopes her findings could encourage museums to rethink their collecting practices and how they provide access to their collections.

The exhibition will also include documentation of Barsody’s own tireless research into the mummy bird, which has included radiograph and CT scan imaging at the Cornell University Hospital for Animals, and consulting with experts at the Lab of Ornithology.

In May, she brought the mummy to Eric Ledbetter, professor and section chief of ophthalmology in the College of Veterinary Medicine, who used an operating microscope and microsurgical techniques and instruments to extract bone and tissue from the bird through a tiny preexisting hole in its linen wrapping. John Lindo of the Lindo Ancient DNA Laboratory at Emory University is now sequencing the DNA, and the results will be compared to other ibis DNA samples held by the Ancient Egyptian Animal Bio Bank in the United Kingdom to determine more about the Cornell bird’s lineage and the region where it lived.

In order to locate the ideal sampling site, Ledbetter had snaked a miniature endoscope, typically used to inspect the insides of eyes, into the tooth-shaped swaddle and gave Barsody the closest view she’s ever likely to have of the bird itself.

“It was a surreal experience, sitting there watching the video move through the mummy and seeing what we would never get to see unless we unwrapped it,” she said.

To complete the “multisensory” mummy bird experience, Barsody has partnered with Lucky Hare Brewing Company, Big Alice Brewing, Brewery Ardennes and the Big Red Brewing graduate student group to create a traditional Egyptian beer with an ancient yeast strain isolated by Glycine Jiang, a doctoral candidate in wine microbiology. The yeast strain was taken from an old clay vessel in the anthropology department that is believed to have been used for brewing beer in approximately 2590 BC. The beer, which is rounded out with notes of cardamom, star anise and honey, will be available at the opening of the exhibition for tasting and at the participating breweries this fall.

After the exhibition concludes, the mummy bird will head back to the Anthropology Collections, where it – and its history – will remain on permanent display.

“There are two stories to tell about ibises in ancient Egypt,” Barsody said. “The story of the ibis's connection to the gods is a fascinating and well-researched one, yet it has overshadowed the equally fascinating story of their lives as living, breathing animals. They were revered by people and mummified by the millions as votives to the god Thoth, and history has largely reported on this narrative. I, on the other hand, feel honored to be able to use this exhibition to tell a more holistic story of these amazing little birds.” 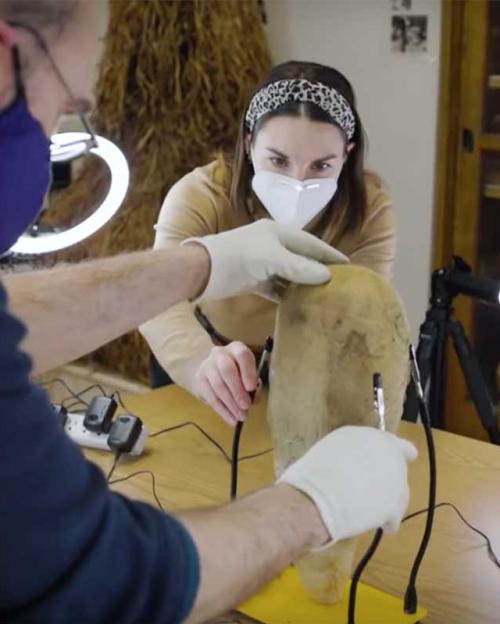 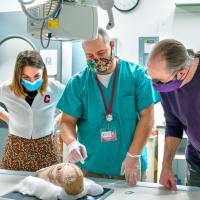