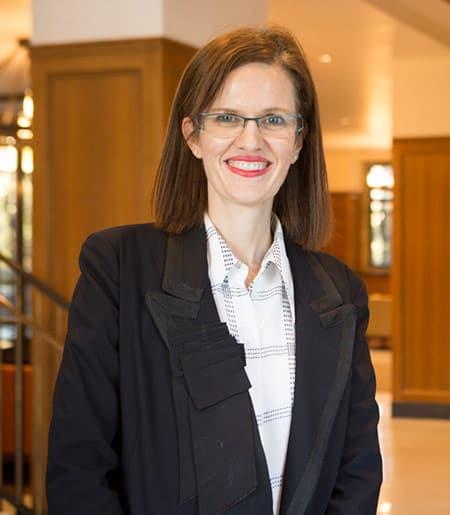 As an anthropologist, I am attracted to those subjects that seem most resistant to ethnographic study, and as a lawyer, I am committed to anthropology's unique contribution to contemporary legal, political and epistemological debates.  My legal scholarship focuses on the transnational dimensions of laws, markets and culture across the fields of comparative law, conflict of laws, the anthropology of law, public international law and international financial regulation.

Ethnographic subjects that interest me include bureaucracies and institutions, law, markets, theories (from law to economics, science and gender) and modern knowledge of all kinds. These interests emerge out of my engagement with the remarkable contributions of feminist anthropology, the anthropology of science, and Melanesian anthropology to the anthropology of the contemporary. My first book, The Network Inside Out, concerned knowledge practices among UN bureaucrats and NGO activists working on "gender issues" in the Pacific. There, the problem was a set of practices (networking, debating the nature of a "gender perspective") that overlapped with anthropology's own methods of analysis. That book won the American Society of International Law's Certificate of Merit for 2000-2002. A later edited collection, Documents: Artifacts of Modern Knowledge, concerned how to bring documents and documentary practices into view as ethnographic subjects, and what these subjects might tell us about the state of anthropological theory and its engagement with kindred disciplines at this moment.  I have continued my work in human rights law with a co-authored article From Multiculturalism to Technique: Feminism, Culture, and the Conflict of Laws Style (with Karen Knop and Ralf Michaels), 64(3)Stanford Law Review, 589-656 (March 2012) concerning what conflict of laws can contribute to the theoretical debates about the clash between feminist and multiculturalist norms, and a new ethnographic project on diplomacy in the human rights field.

I have an equally strong interest in financial markets and their regulation.  I have conducted ten years of fieldwork among financial regulators and lawyers in Japan. My latest book, Collateral Knowledge: Legal Reasoning in the Global Financial Markets , is an ethnographic rendition of legal theory, and legal technicality as constitutive of markets. I also write about financial markets regulation on my blog, http://blogs.cornell.edu/collateralknowledge/ .

Finally, I founded and direct Meridian 180, an online venue for a new genre of experimental ethnographic project in which ethnographers and experts collaborate to produce and reflect together on particular transnational fields of inquiry. It currently operates in four languages (English, Chinese, Japanese, Korean). http://www.meridian-180.org.

The Network Inside Out, University of Michigan Press (2000).

Anthropology and Human Rights Administrations: Expert Observation and Representation After the Fact. (with Iris Jean-Klein) 28 Political and Legal Anthropology Review 2 (2005).

Ethnography in the Realm of the Pragmatic:  Studying Pragmatism in Law and Politics, 26 Political and Legal Anthropology Review 2 (2003).

Beyond The Bunker and The Vaccine: The DNC Hack as a Conflict of Laws Issue, “Cybersecurity and Data Governance,” (with Fleur Johns), Special Issue, AJIL Unbound

Outputs: The Promises and Perils of Ethnographic Engagement After the Loss of Faith in Transnational Dialogue, Journal of the Royal Anthropological Institute, (N.S.) 23(2): 179-194 (2017).

From Comparison to Collaboration: Experiments with a New Scholarly and Political Form 78, Law and Contemporary Problems 147-183 (April 2015).

Is the Law Hopeful?  In Hope in the Economy (Hirokazu Miyazaki and Richard Swedberg, eds., forthcoming 2016).

Is New Governance the Ideal Architecture for Global Financial Regulation? in Central Banking at a Crossroads:  Europe and Beyond, 245-64 (Goodhart, C., Gabor, D., Erturk, I., and Vestergaard, J., eds.,) Anthem Press 2014.

Diplomacy and its Others: The Case of Korean Comfort Women. (with Monica Eppinger, Karen Knop).  Ewha Journal of Gender and Law, vol. 6 No. 1 (June 2014).

And Never the Twain Shall Meet? An Exchange on the Strengths and Weaknesses of Anthropology and Economics in Analyzing the Commons (with Ravi Kanbur).  In The Contested Commons:  Conversations Between Economists and Anthropologists. (Pranab Bardhan and Isha Ray, eds.)  Blackwell Publishing, 266-279 (2008).

Introduction, Ethnography in the Realm of the Pragmatic:  Studying Pragmatism in Law and Politics, Political and Legal Anthropology Review, 26 (2): 1-7 (2003).

The View from the International Plane: Perspective and Scale in the Architecture of Colonial International Law. In The Legal Geographies Reader, (Nicholas K. Blomley, David Delaney, and Richard T. Ford eds., Blackwell Publishers) 276-284 (2001).

Introduction: The Projects of Comparison. In Rethinking the Masters of Comparative Law, (A. Riles, ed., Hart Publishing) 1-18 (2001).

Encountering Amateurism: John Henry Wigmore and the Uses of American Formalism. In Rethinking the Masters of Comparative Law, (A. Riles, ed., Hart Publishing) 94-126 (2001).

The View From the International Plane: Perspective and Scale in the Architecture of Colonial International Law. In Laws of the Postcolonial (Peter Fitzpatrick and Eve Darian-Smith eds., University of Michigan Press, 1999), 127-142.

Part-Europeans and Fijians: Some Problems in the Conceptualization of a Relationship.  Fiji in Transition (Brij V. Lal and Tomasi R. Vakatora, eds., Research Papers of the Fiji Constitution Review Commission, Suva: School of Social and Economic Development, University of the South Pacific, 1997), Vol. 1 pp. 105-129.

Spheres of Exchange and Spheres of Law: Identity and Power in Chinese Marriage Agreements, in Law, the State and Society in China (Tahirih V. Lee ed., New York: Garland Publishing,) 263-287 (1997).

Representing in Between: Law, Anthropology, and the Rhetoric of Interdisciplinarity. 1994 University of Illinois Law Review 597-650 (1995).

The View From the International Plane: Perspective and Scale in the Architecture of Colonial International Law. Law and Critique 6, 39-54 (1995).

Spheres of Exchange Spheres of Law: Identity and Power in Chinese Marriage Agreements.  International Journal of the Sociology of Law, 19: 501-523 (1991).