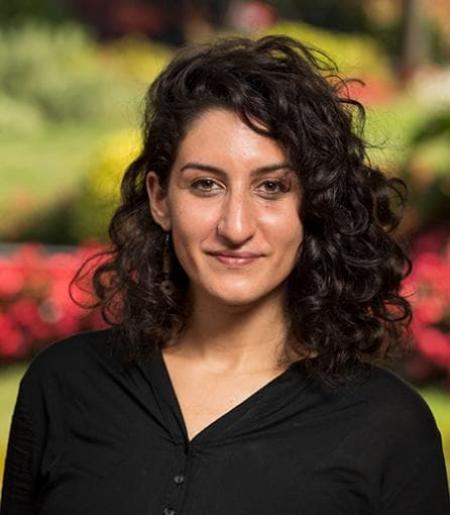 Rebekah Ciribassi is a PhD Candidate at Cornell University Department of Anthropology, with a concentration in Science and Technology Studies. She is a cultural and medical anthropologist with a particular interest in the circulation of biomedical technologies in East Africa. Her research is attentive to genetic medicine and other forms of biomedical science as enmeshed in and actively co-productive of political, sensory, and social practice.

During a joint MA/MPH program in Anthropology and Global Health at the University of Illinois at Chicago, Rebekah had explored the racial politics of family life with sickle cell disease in Chicago. This set the foundation for her doctoral research on sickled cells in Tanzania. The project has received generous support from University of Illinois at Chicago, Cornell University, the Fulbright-Hays Doctoral Dissertation Research Abroad Program (funded by the Department of Education), the Social Science Research Council, the National Science Foundation, and the Mellon Foundation.

Fierce Blood and Gentle Genes: Sickled Cells and the Fabrication of Intergenerational Bodies in Tanzania

Rebekah’s dissertation-writing as a Graduate Fellow at Cornell’s Society for the Humanities will center on the social and political power of the sickle cell gene in Tanzania, with particular emphasis on the temporalities of genetic life. Her dissertation, “Fierce Blood and Gentle Genes: Sickled Cells and the Fabrication of Intergenerational Bodies in Tanzania” is the culmination of two years of dedicated fieldwork (March 2018-August 2020) in Northwest Tanzania and the semi-autonomous archipelago of Zanzibar. It centers the emergent prioritization of sickle cell disease in the landscape of medical care in Tanzania, and the modes of bodily time that diagnosed families must traffic in as part of the transition to intergenerational medicine. Sickle cell disease is an inherited blood disorder with a global history of racialization, especially in the mid-20th century. As the disease rematerializes as a global health priority in 21st century Tanzania, it is necessarily enfolding prior, racializing histories together with contemporary assertions of national, ethnic, and familial heritage. Through a lens on and through sickled cells, this project is able to probe the broader categories of race, reproduction and gender, the politics of knowledge production, and the historicity of bodily life in two African nations. Drawing on ethnographic and archival data collection, Rebekah has analyzed stories told through genetic medicine—among diagnosed families, biomedical practitioners, and researchers—together with other, non-biomedical practices of cross- generational relationships. The juxtaposition of these varied stories of inheritance brings to the surface the politics of their fabrication: who is made to belong or excluded; the kinds of knowledge that are privileged; and the ways in which power circulates within them. By engaging with genetic medicine as fabrication, she decenters the gene as a bounded object, and instead places it within a larger network of meaningful modes of embodying cross-generational time.