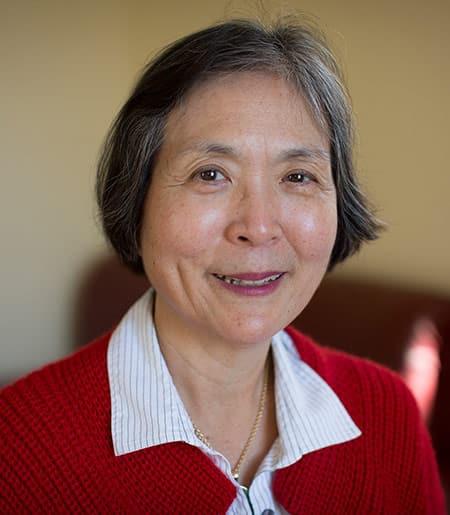 Moving from Japan to America made me keenly aware of cultural differences. As a result, I studied anthropology to explore what is culture and what role culture plays in our lives. I carried out major research in the US and Japan and also conducted fieldwork in Thailand, Taiwan, and China.

My interest in old age in America emerged when I witnessed the notable differences in the universal phenomenon of aging and culminated in my book, Through Japanese Eyes: Thirty Years of Studying Aging in America, in 2020. It demonstrates how older Americans negotiate the wide gap between the “ought” (e.g., being independent) and the “is” (e.g., needing assistance)—while being simultaneously guided and constrained by their culture—and how they manage to lead meaningful lives in a culture that regards senescence as an antithesis of its ideals.

Individuals’ motivations and negotiations also provide the major theoretical framework for my other studies. As strategic settings that elucidate these often hidden instigators of action, most of my past and current research has focused on the situations where people are under powerful cultural constraints. Rapid social change complicates the picture even further by making the existing cultural mechanisms inadequate or even untenable. My research on mortuary practices in Japan show how people who are subjected to the despotism of tradition often use it to their advantage and how they reshape the tradition to suit their changing situations and needs. Such agency of people is one of the major issues I address in my ongoing research on aging in Japan and the transformation of a Japanese neighborhood.

These studies illustrate my interlocutors’ ingenuity in coping with the attendant cultural problems and highlight not only the complex interplay among cultural models, social action, and individual experience but also the significance of human agents both as products and as bearers or creators of the cultural order.

Forthcoming (2021)  “Negotiating the Gap Between the ‘Ought’ and the ‘Is’: Older Americans’ Strategies. In First Principles: The Enduring Influence of F.G. Bailey in Contemporary Anthropology. Manchester: Manchester University Press.

2016    “The Obligation to Give, Receive, and Make a Return: Comparing the Meanings of Reciprocity in America and Japan.”  in the fourth edition of Distant Mirrors: America as a Foreign Culture. Philip R. DeVita, ed. pp. 242-258. Waveland: Long Grove, Illinois.

1997    "An Organization For the Elderly, By the Elderly: A Senior Center in the United States." in the second edition of The Cultural Context of Aging: Worldwide Perspectives. Jay Sokolovsky, ed. pp. 350‑363.  Westport, Connecticut: Greenwood.

1997    "Continuities and Changes in Conceptions of Old Age in Japan."  in Aging: Asian Concepts and Experiences Past and Present. Sepp Linhart and Susanne Formanek, eds. pp. 195‑208. Vienna:  Austrian Academy of Sciences.